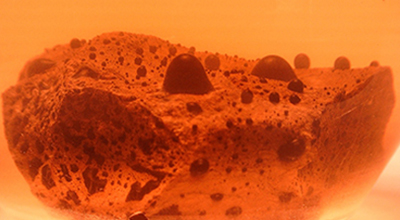 GreenZyme EOR technology is a proprietary process that produces a non-living enzyme specifically designed to perform as an oil releasing catalyst. GreenZyme® is a 100% biodegradable concentrate mixed with produced water for injection down the casing-tubing or through an injection well. The product is applicable for both conventional and unconventional plays, experienced in both onshore and offshore applications. 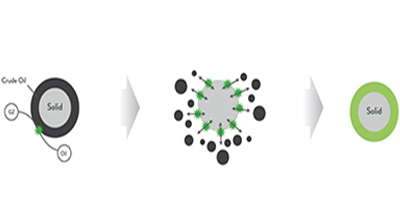 GreenZyme® is catalyst designed to change wettability in the reservoir and increase relative permeability of the formation. The catalytic reactions produced by GreenZyme® reduce interfacial tension and capillary pressure of porous substrate and subsequently release trapped hydrocarbons to increase well production and sweep efficiency. Our proven solution is responsible for the production of millions of barrels of incremental oil worldwide

Innovative fluid solution that can help greatly improve production from heavy oil wells with high viscosity. The Flow Improver is a proprietary chemistry formulation from Varichem that attaches to the formation forcing imbibed oil to release. The Flow Improver also attaches to metal parts like production tubing and artificial lift pump, protecting it from corrosion and improves lubricity of the entire system.

Flow Improver is very versatile allowing to be used in many different applications. The sub-nano technology functions much like a nano particles but without Brownian motion. It is environmentally Safe and also has no adverse effect on pump materials including elastomers

RF Heating is an all-electric, game changing heating technology that uses radio waves rather than steam to mobilize heavy oil and bitumen, resulting in dramatic economic savings. These RF technologies are a substantial departure from all other RF technologies tested to date, and are an exciting and revolutionary innovation in the quest to produce oil from Alberta’s oil sands, and other bitumen and heavy oil deposits around the globe with zero carbon footprint.

RF heating uses electromagnetic energy to efficiently create steam underground, which mobilizes bitumen and heavy oil for production. The inherent efficiency of this process results in production levels comparable to SAGD, while using less than half the energy. It can be used in clastic (oil sands) formations as well as in heavy oil, post-CHOPs (cold heavy oil production with sand), thin pay (10m+) reservoirs, carbonates, or fractured formations.

Due to their unique design, RF technologies can be deployed simply and quickly, deliver energy efficiently deeper underground, deliver much more RF power to the reservoir than other RF technologies, and can be applied to much longer horizontal wells (up to 2000m) than has been possible to date.

The Nano-Surfactant EOR technology is powered by a proprietary chemical with increased electron potential. The chemistry involved forms an extremely concentrated alkali product that results in a femto scale molecular structure that affects the attraction and repulsion of hydrocarbons to mineral surfaces.

Once the mineral surfaces are exposed to the Nano-Surfactant chemistry, the surface becomes much less attractive to oil which then allows the oil to move. The natural tendency is for the technology to penetrate the formation pour space, break the hydrogen bonding and surface tension that traps the oil and then physically displace the oil from the space. It continues to penetrate deeper and further into the formation until the electronic exchange is exhausted.

The Nano-Surfactant EOR technology is highly concentrated and saturated with excess OH groups. In the oil-bearing formations, the chemical formulations readily seek to disrupt weak hydrogen bonding that are associated with crude trapped in the formation pours. The chemistry is water soluble which causes rapid dispersion as it readily moves through the near well bore area and formation. This creates added value since no additional pressure is required for it to migrate deeper into the fracture network where no other stimulant chemicals have gone before.

All Rights Reserved by PSC Teknologis